August 14th marks National Financial Awareness Day. This day serves as the perfect opportunity to go over your finances and see what habits could be addressed to provide financial freedom.

The concept of financial education/awareness can be traced back to Benjamin Franklin’s 1737’s Poor Richard’s Almanack. There, Mr. Franklin wrote a column called “Hints For Those That Would Be Rich.”

It was with this article, he coined the phrase and ended his column with “A penny saved is twopence clear.” This piece of advice has somehow been lost through time and has had many people believing Franklin said “A penny saved is a penny earned.” While equally sound advice, some may argue it’s the modern interpretation of what Franklin had originally said.

Hints For Those That Would Be Rich 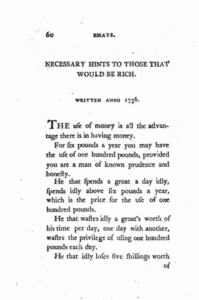 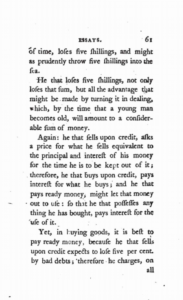 Benjamin Franklin’s “Hints For Those That Would Be Rich” was the closest, formal piece of financial education the American people had at the time. It wasn’t until 1849 where James William Gilbart published his article, “Ten Minutes’ Advice about Keeping a Banker.” Through this, Gilbart shared in detail, the many advantages of having a bank account along with a personal banker. 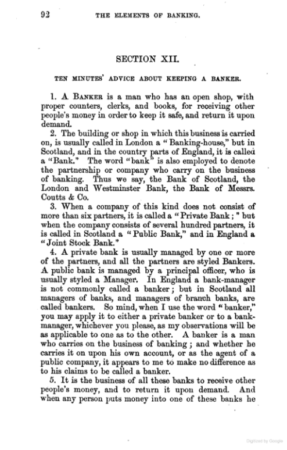 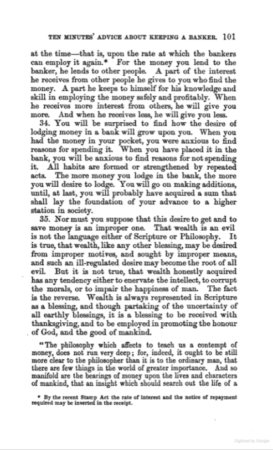 We’ve come a long way in a short amount of time and with the ease of access regarding information, we can learn timeless financial concepts, habits and tips rather instantly.

Hints For Those Who Are SafeAmerica Members

Just like Mr. Benjamin Franklin wrote his column about financial education back in 1737, SafeAmerica Credit Union too has hints for those that would be rich.

Setting a budget and developing a spending plan is a great way to relieve uncertainty and stress while also helping to figure out how to meet both your short-term and long-term financial goals. Use this worksheet to calculate your monthly expenses and income to get an idea of what you have to work with, what your commitments are, and what you have remaining to devote to your goals.

Budgeting your finances allows you to become better prepared for those unwanted and unexpected expenses when they arise (i.e. car maintenance, home repairs, and medical costs). It also allows you to have a “true” budget when it comes to where you are spending.

Understanding Your Credit And How To Build It

From getting approved for a loan to lower interest rates, there are many benefits to improving your credit. Use this tip sheet to learn about the factors that affect your credit score and how you can improve your score (and overall financial health!) Reviewing your credit cards’ limits, interest rates and history put you into a position to space out purchases which would have less of an impact on your overall savings/checking accounts. You may find after your review, you could open a new line of credit to assist with expanding your Credit Utilization, thus improving your credit score. However, you won’t know until your make time to review your credit situation.

Building and maintaining your credit history are both an important part of everyone’s financial journey and having a reliable credit history shows lenders you are capable of making payments and on time. When first starting your credit journey there are a few options one can take to build their credit in a safe and controlled manner with one example being a youth credit card. Establishing and understanding good credit habits especially at an early age allow youth to grow into lives with responsible financial decision making.

Do you remember the last time you ironed out the details for your next financial goal(s)? Whether it’s for a new car, vacation, home or even education. Understanding how much money needs to be saved allows for a clear path towards reaching your goals all while staying within your budget.

Utilizing Online Banking to Be Aware of your Finances

Online Banking allows you to monitor all your transactions in a safe and timely manner. Your account activity is almost instantly displayed for your review, whether you made a payment, used your debit card, transferred funds or even paid a bill. So many things can be done with online banking, your own monitoring and peace of mind is definitely one of them.

What You Can Do Now

Education.  Financial awareness does not have to be a difficult or daunting task for anyone, especially with the many resources readily available for members to take advantage of.  Through our partnership with GreenPath Financial Wellness, we provide our members financial education, free financial counseling, credit report reviews, student loan counseling, and much more!  We invite you to utilize this free service made available to you as a SafeAmerica Credit Union member.

Start young.  Being aware of money management, no matter how simple, at an early age can only set you up for success in the future.  You can start the process of teaching your little ones healthy financial habits, as well as becoming even more financially aware yourself, by looking into youth savings programs.  SafeAmerica Credit Union offers a robust youth program that can help them on the path to financial success.