June 19 is now officially Juneteenth National Independence Day, a US federal holiday commemorating the end of slavery in the United States.

It commemorates June 19, 1865: the day that Union Army Maj. Gen. Gordon Granger rode into Galveston, Texas, and told slaves of their emancipation. That day came more than two years after President Abraham Lincoln issued the Emancipation Proclamation on January 1, 1863. Even after Lincoln declared all enslaved people free on paper, that hadn't necessarily been the case in practice.

Because June 19 falls on a Saturday this year, most federal employees will observe the holiday on Friday, June 18 in the U.S. The law makes Juneteenth the 12th federal holiday.

Juneteenth serves as a day of remembrance for those who made sacrifices in the name of freedom and to recognize the progress that has been made in our nation through the power of community and the work it takes to make change. 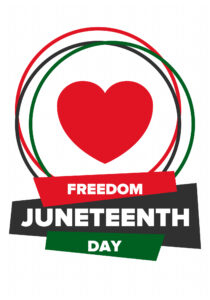